Are blocked pipes covered by insurance? 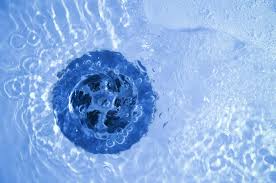 Blocked pipes are not normally covered in the context of sectional title in South Africa and the approach most insurers will take.

Sudden and unforeseen water damage may be covered but note that this includes water damage only and not the removal of sewerage, dirt or other objects.

Current policies provide for sudden water damage which does not result from wear and tear or gradual deterioration. Reasonable precautions and preventative measures need to be taken. For example, if regular cleaning of a gutter or drain, or servicing of a pump was not attended to and caused the blockage, the insurer could reject such a claim.

A PVC pipe carries waste through each section and a number of sections connect into this common pipe, thereby making this a pipe servicing a few sections, i.e. common property.

Somebody dispenses solid material which blocks this pipe causing a backflow of water into a section. The section is damaged by water and waste. The water flows into the kitchen which causes sudden and unexpected damage to the kitchen units and flooring. There is foul debris and smells.

Once it is determined that the cause was a blockage, the insurer will pay for the water damage to the kitchen units and flooring. They will not pay for the unblocking, repair of the blockage (blockages not covered) nor will they pay for the removal of smelly debris, smells or bacterial issues. It would pay for the risk that is covered that being “water damage”.

Always bear in mind, burst pipes are covered which implies a pipe under pressure and not waste pipes as a rule as waste pipes are highly unlikely to burst. It is only the resulting water damage that would be considered here, i.e. the sudden water damage to kitchen units and say damage to flooring. Note that only damage is covered, not cleaning!

Excess:  Assuming PMR 29.4 applies, one cannot expect the owner to pay the excess and then recover from the body corporate. As it is a common area pipe, the body corporate would be liable. The matter of who pays the excess is always clearer when the special resolution in terms of PMR 29.4 (example here) is taken.

The proposed new rules (PMR 23.(2)) specifically state that the owner is only responsible for excess for parts of the building which that owner is obliged to repair and maintain. In our view, the damaged kitchen unit and floor damage excess may come into debate (the owner normally maintains that) and in our opinion, the body corporate should pay this excess as he would be reclaiming this from the body corporate anyway.

Non Insured Portion: Any common area cause would fall onto the body corporate in our view but there may be differing legal opinion on this issue.

The same as above except that the pipe only serves his section and then joins the common pipe outside.

In this case, the same insurance result will prevail but the excess will be for the owners account.

If the blockage caused a slow and barely detectable overflow (or leak or damp) which occurred over time and damaged the kitchen unit slowly over an extended period, resulting in mould, smells, swelling of melamine, etc. there would be no insurance claim whatsoever.

If the damage was reported immediately, it could have been prevented further loss and if the body corporate was held liable, they could argue that the owner (or his tenant) was negligent by not reporting the damage earlier. Under reasonable circumstances, the body corporate should pick up the expense for the loss.

The owner of the section above had a blockage in that section’s pipe (not common pipe) which caused sudden and unforeseen damage to section below.

Under this circumstance, the insurance will pay as per above including excess initially charged to unit below per PMR 29.(4). The owner below can recover from owner above but that would be an issue between them. See a previous blog article on the matter leak from owner above.

As long as resulting water damage is sudden and unforeseen, and the cause not due to negligence, the insurer should admit the water damaged part.

Usually, contamination, dirt, cleaning and pollution not being “water damage” falls outside the ambit of cover.

The responsibility of excess will depend on the location of the pipe, who enjoys its use and which rules apply.