Other types of insurance: Are trustees authorised to decide? 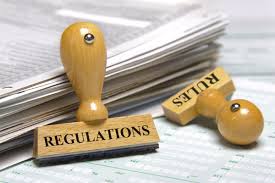 Do trustees have discretion to procure insurance against risks other than those prescribed in the rules? You may well ask how this question fits into a discussion of levy issues. Be patient.

What a body corporate may or may not do must be ascertained from sections 37 and 38 of the Act, as well as the rules. Section 37 is headed FUNCTIONS OF BODIES CORPORATE. At first glance this may seem to be an empowering provision, which it is not. It instructs bodies corporate to perform certain functions. It is therefore a mandatory provision which specifies the minimum which must be done. It does not mean that there may not be certain further functions which it may perform in the course of its administration (and in fact there are several). To ascertain which other actions are authorised, S 38 needs to be looked at.

Section 38 is headed POWERS OF BODIES CORPORATE and should be seen as an authorising or empowering provision. It list actions which the legislature has foreseen as powers which bodies corporate may require but in acknowledgement that it is virtually impossible to predict all reasonable needs in this regard; it includes a ‘blanket’ provision, stating that such powers shall include the power – (j) to do all things reasonably necessary for the enforcement of the rules and for the control, management and administration of the common property.

In terms of Section 37, the principal thing which the body corporate must do is to perform duties relating to the control, management and administration of the common property; the first of which being the duty to determine and collect the necessary levies from members. Subsections (f) and (g) deal with insurance. According to (f) the trustees must see that sufficient insurance is in place for the buildings in respect of such risks as are prescribed in the rules. Subsection (g) instructs bodies corporate – (g) to insure against such other risks as the owners may by special resolution determine.

Superficially seen, this seems to mean that a special resolution is required in order to authorise the trustees to procure any type of insurance other than as prescribed in the rules. In my view this is not a correct perception. This misperception is seemingly reinforced by the provisions of Standard Management Rule 29, which prescribes the risks against which the trustees must insure, and states as follows in sub-rule (4): (4) The owners may by special resolution direct the trustees to insure against such other risks as the owners may determine. Upon closer scrutiny one is obliged to conclude that Standard Management Rule 29 is also a mandatory provision as opposed to an authorising one. One key to this is the word of the word direct.

Section 39(1) of the Act (which actually says a lot of things in relatively few words) makes provision for the issue of directives and restrictions to trustees by members. Normally such a directive or restriction is issued by means of an ordinary members’ resolution. All that Standard Management Rule 29(4) is stating that if members propose to issue a directive to the trustees to insure against a risk which is not prescribed in the rules, a special resolution is required. In my view it does not mean that trustees are not themselves authorised to resolve to procure insurance against other risks, keeping in mind that Section 39(1) authorises trustees to perform all functions according to their own discretion, unless restricted to do so by the Act, rules, or a directive or restriction imposed by the members.

A further compelling argument for the view that trustees are not limited by Section 37 or by Standard Management Rule 29 regarding other types of insurance is the fact that in practise such other insurances are, and must be, procured by trustees without reference to members, on a regular basis. Examples of these are motor insurance, workmen’s’ compensation, all risks in respect of the contents of an office, cash, etc. How can it possibly be argued that while the trustees are authorised by a mere trustees’ resolution to purchase a motor vehicle for the benefit of the members but that they require a special resolution to insure same? The conclusion is therefore that unless explicitly limited or qualified by the Act, rules or a restriction issued by the members, the trustees are authorised, on the basis of Section 38(j), to procure such other insurance policies as may be reasonably necessary for the purposes of their administration.

The legislature has seen the determination and collection of levies as a primary administrative function of bodies corporate and there can be no argument against that. Accordingly, and in view of the above interpretations of Sub Section 37, 38, and 39 and Standard Management Rule 29, trustees have the authority to resolve to procure an insurance policy to guarantee levy payments, such as the STILUS policy, without first obtaining a special resolution from the members.

This article is written by guest author, Tertius Maree, and was first published in MCS Courier October 2010.

Tertius Maree is one of South Africa’s leading experts in sectional title law, practicing as Tertius Maree Associates specialising in sectional title and related formats. They are located in Stellenbosch and provide services all over South Africa including the following:  Legal opinions or advice; Drafting of new rules and constitutions; Recovery of arrear levies; Dispute resolution; Training of trustees and managing agents.