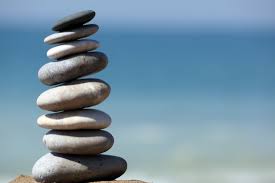 The basics of insurance were founded upon principles which sets out the way insurance, as generally accepted, is practiced.  Co-operation is the basic principle behind every insurance contract.  Insurance itself is defined as the equitable transfer of risk of loss from one entity to another in exchange for a premium.

The principles of insurance define fundamental rules of action which applies to both the insurer and insured.  These are legal binding guidelines for entering into an insurance contract and for preparing, lodging and managing lawful insurance claims.

When one party makes an offer or proposal of a contract and the other party accepts such a proposal, an insurance contract comes into existence.

In the sectional title environment, an insurance contract comes into existence between the insurer (the insurance company) and the insured (the body corporate).

The client (insured) has a duty to disclose all the facts to the insurer. Any misrepresentation or fraud can result in contract cancellation.

Trustees need to disclose any risk or potential losses which could be treated as being foreseen. An example is an already damaged roof or a wall leaning dangerously, threatening to collapse.

The insured must have an insurable interest in the subject matter

The insured is placed back into the same financial position as they were before the loss or damage occurred.

The intention of the Sectional Title policy is not to provide betterment or act as a maintenance contract or but rather to place the body corporate and/or the owner of a damaged property back in the same financial position as he was before the insured event or damage occurred.

In other words, over insuring a property will not mean an extra claimable amount. The insured should neither make a profit nor a loss after an insured event.

This is the principle where the insurer is able to put themselves into the shoes of the insured.

After damages occur, the insurer takes the position of the insured (legally) and is able to recover damages as if they are the insured party. An example is where an insurer pays for a damaged gate which was impacted by a third party vehicle; the insurer can recover loss from that third party after the claim has been settled.

Where there are two policies for the same risk, the insured can only claim for the amount of the actual loss i.e. he cannot claim the whole amount from both polices.

Usually, the insurers will settle proportionately to sums insured and premiums paid.

Sectional title legislation provides for an exception where an owner may actually insure the same risk that the body corporate has but they may not claim twice. There may be circumstances where the collective policy (Sectional Title Policy) falls short of a section owner’s needs. These shortfalls may be circumstantial or by decision of the trustees (on purpose).

This provision allows owners to top up their cover.

The insured must take all the necessary steps to minimise the losses to insured assets.

In the sectional title environment, this includes the body corporate’s duty to maintain and keep the common areas and buildings in a good state of repair.  It would also entail keeping the area safe and ensuring that all preventative measures such as regular checking of fire prevention systems, etc. are done.

Also, at the time of an event or loss, further losses should be avoided by making the affected areas safe and taking action to prevent further loss. For example: arrange temporary roof covering where a section of roof has been damaged, immediately stop the flow of water from a burst pipe, etc.

This is the most effective, most direct cause of the loss.

See one of our previous blogs on the subject: The Meaning of Proximate Cause.

In the South African sectional title insurance arena, there is a trend towards the ALL RISK type of policy wording versus the more traditional policy. The basic principles still remain with the shift of onus in proving the claim or disproving the claim so the all risk insurer needs to prove that an event or damage is not insured.