Is your community scheme insured against strikes, riots and terrorism? 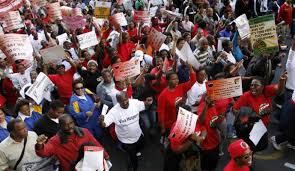 The Sectional Titles Schemes Management Act – and more specifically Regulation 3 – states that bodies corporate must insure against “riot, civil commotion, strikes, lock-outs, labour disturbances or malicious persons acting on behalf of or in connection with any political organisation.”

Ordinarily, these risks are excluded from most policies globally, this includes standard South African policy wordings.

State-owned insurer, Sasria, does cover such risks and provides special risk cover to all individuals and businesses that own assets in South Africa along with government entities. This makes South Africa one of the few countries in the world that provides this insurance at affordable premiums.

Historically, Sasria SOC Ltd was established after the increase of protests following the 1976 uprisings. The name Sasria originates from its original foundation – South African Special Risks Insurance Association. As there were no insurance that covers assets against strikes and riots in the private sector domain, the government at that time decided to fund and manage its own short-term special risk insurance company focusing on political risk. Sasria SOC Ltd’s mandate was extended in 1998 to provide cover for non-political perils such as strikes and labour disturbances.

A more detailed background and training manual can be downloaded from the Sasria website from where much of this information was obtained.

At a recent national insurance training roadshow, the disturbing increase in non-political events such as transport sector actions and Fees Must Fall protests were highlighted. It raised the awareness that South Africa has a well-structured insurance infrastructure with both the private and government sector providing cover against disaster. The recent increase in riot and strike related claims are quite disturbing. Sasria’s claim tempo and ratios are seen by some as a barometer of South African society, especially in respect of socio-economic dissatisfaction.

Brokers need to ensure that Underwriter Management Agencies and insurers who issue policies of insurance to bodies corporate include Sasria cover and that the correct rates have been applied. Commercial sections and residential use sections must be accounted for and in cases of mixed use, two coupons are necessary.

Sasria claims are similar to other claims as the same process is followed but it takes a bit longer as the claim is redirected from the insurer to Sasria for due process.

Although not stipulated in CSOS regulations, we advise Home Owner Associations as well as other community schemes to be acquire Sasria cover. At this stage, it is only compulsory for bodies corporate.