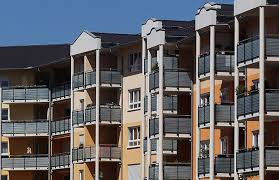 It is quite common for owners in sectional title complexes to improve their sections by extending it, enclosing a balcony, adding a shade structure, extending a patio, or building a structure or swimming pool on the exclusive use area.

Some estate agents will say anything

Some estate agents will quickly assure potential buyers that such extensions will not be a problem and that anything they want can be done. This is not true, so buyers need to be aware of the implications of  extending a section.

However, the intention of this blog is to understand the insurance implications.

Once the owner obtains the necessary approval from the local municipality and the body corporate, the owner may think they now have permission to go ahead with their extension but what about the sectional plan? If the sectional plan is amended, there is no problem but the schedule of replacement values must also be adjusted to accommodate the amended participation quotas (PQ).

Often, the sectional plan and PQ will not be amended after section extensions. It is important to remember that the insurer uses the sectional title plan as the basis for their insurance value. For example, if an 80 sqm section was extended by 20 sqm without an adjustment to the sectional plan, the insurer could argue that they are 20% underinsured. The counter argument could be that the buildings were insured as a whole.

We have experienced claims being rejected as a result of undisclosed extensions including interior extensions such as mezzanine floors, loft rooms, etc. We strongly advise avoiding any arguments about cover by disclosing all extensions to the insurer.

We suggest that valuers – when doing the compulsory valuation every three years – are instructed to measure up building exteriors with a view to finding such extensions. It is good practice to advise the insurer of these so these extensions can be noted on the policy, avoiding any disputes at claims stage. Where floor areas inside sections are extended by way of mezzanine floors, we also suggest that these are disclosed to the insurer and noted on the policy.

Watch out for improvements in exclusive use areas: These improvements are usually not shown on the sectional plan but new swimming pools, for example, must be covered. The portion of the premium applicable to an EUA garage or swimming pool needs to be recovered as part of the EUA contribution.

What about Illegal structures or improvements?

In a past blog, we presented a case where an insurer dealt with a claim on an illegal structure.

Another case where we were involved concerned awnings that were damaged by wind during the holiday period. The portfolio manager was on leave and the owner submitted a claim via us. The insurer paid quickly and the damage was repaired. Everybody was happy – until the managing agent came back from leave.

The trustees were very unhappy as the managing agent caused an illegal structure – which was still in dispute – to be ratified by replacing it. They insisted that the claim be reversed. After much negotiation and stress, a compromise was reached.

Moral of the story

Deal with illegal structures and legal improvements properly, and ensure that trustees approve all claims initiated by owners. Encourage the valuer to identify such structures and work with an insurance advisor with a thorough understanding of – and experience in – sectional title insurance.