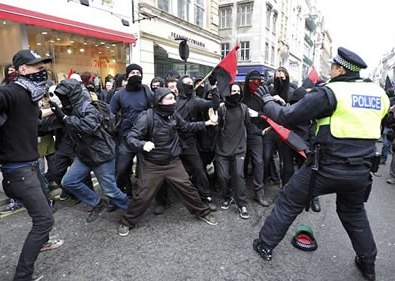 In South Africa we are fortunate to have access to SASRIA cover in event of damages caused by political riot, labour disturbance and/or public disorder.

The Sectional Titles Act, Prescribed Management Rule 29(1)(a)(ii) makes it clear that a Body Corporate must include this cover.

SASRIA is a short-term insurance company that is state-owned. It is a schedule 3B Public Entity and reports diectly to National Treasury.

As far back as 1979, at a time in our history when the insurance companies were reluctant to provide cover for political risks, a gap arose in the market that prompted the then national government to approach the South African Insurance Association (SAIA) regarding the establishment of a separate entity to provide insurance for political riot risks. A Section 21 Company was formed called ‘South African Special Risk Insurance Association (SASRIA). In 1998, the cover was widened to include non-political perils such as strikes and labour disturbances.

How it works in event of a SASRIA claim

The insurance companies act as agents for SASRIA when a client elects to include the cover. Any material damages claim caused by a riot is submitted via the agent insurer to SASRIA offices for processing. Your insurer does not incur the risk or settle the claim themselves but rather SASRIA does, as facilitated by your insurer. This claim process can take a bit longer than usual as circumstances of the event are very carefully investigated.

It has been our experience that, in these claim events, clients are mostly found short of financial resources to attend repairs to the buildings (especially immediate urgent repairs to windows, doors, security entrance gates, fencing, etc.) The reality is that it can take a minimum of six weeks and as long as three to four months to finalise larger claims where more extensive damages to buildings prevail.

Sectional Title policies by design will usually include this cover – trustees, ensure that your broker understands sectional title.