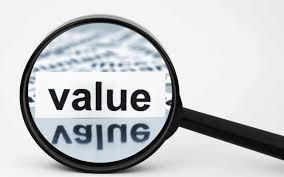 What are possible implications following a professional valuation of the body corporate property as arranged by the trustees?

1. Once a valuer has submitted his valuation, can it be verified and if so, by whom?

An insurance advisor or broker may assist in arranging a valuation on behalf of the body corporate but ultimately, the valuation is a matter between the trustees and the valuer. The trustees are at liberty to request a second opinion but bear in mind that all costs are for the account of the body corporate.  The insured values as determined by a valuer on behalf of the trustees in terms prescribed rules, should ultimately be approved by the owners at the annual general meeting. This is done by way of a Schedule of Replacement Values (SRV) as prescribed.

2. What stand should the trustees take should an owner wish to lower the insured value of his/her section?

The total sum insured is allocated to sections according to the participation quotas (pq schedule) and at a value determined by the trustees as being the replacement value – Section 37 (1) (f) and Prescribed Management Rule (PMR) 29 (1) (a) of the Sectional Title Act. An owner may increase the insured value of his/her section but cannot reduce the insured value in any manner.

3. Valuers value property as seen from the outside and a sampling of standard interior finishes. Where an owner has upgraded his/her section, is it the owner’s responsibility to inform the trustees and/or bond holder that he/she has upgraded the section at some cost?  PMR 29 (1) (d) specifies that an owner may increase the insured value but the Act does not compel him/her to do so. However, if the owner does not do so, he/she will have to face certain consequences of under insurance in the event of a claim.

5. Are the other owners thus prejudices? In terms of PMR 29 (b) (ii) it is clear that the issue of under insurance (the average clause in the insurance policy) applies to each section separately and not to the building as a whole.

6. What “right of access” do the trustees have in these circumstances?   Section 70 of the Act is clear on this point. Where a section is destroyed or damaged by an insured peril, and the owner is under insured and unable to make good (repair) the under-paid part of the loss, the body corporate is entitled to “….remedy the owner’s failure and to recover.…from such owner.”

Footnote:  Proposed New Insurance Management Rules under the present Sectional Titles Schemes Management Act incorporate most of the Current Prescribed Management Rules 29 (New proposed rule 23). The most fundamental change proposed is that these valuations become compulsory and need to be undertaken at least every three years.