Claim Settlement of a Destroyed Section 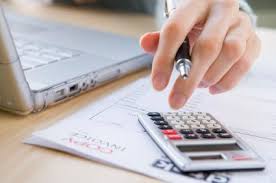 The matter of market values (purchase price) and replacement values (rebuilding costs) has been the subject of many discussions but it’s important to distinguish these two values from each other.

Recently, an owner debated whether he has the right to insist on being paid out where his unit was destroyed by a fire rather than having it restored by insurance. Financially, this debate may be a valid one except that a policy of insurance holds the key to how the insurers are entitled to remedy such a situation. In addition, legislation also deals with this matter.  Ignoring the duties of trustees in this regards for a moment, let’s look at other relevant points concerning this issue.

What does insurance imply?

In sectional title insurance, insurers cover buildings at replacement values, i.e. the new-for-old basis.  This means that insurers are only interested in replacement costs and market values; therefore, they play no role in determining how a claim should be settled.

According to insurance principals, an owner of a section must be placed in the same position he or she was in before the section was destroyed.  By settling the claim on the basis of the replacement value of the section, the owner gets back what he or she had and is then entitled to still sell for whatever the market value is.

To debate whether an owner would not want his or her section to be restored but would rather prefer a cash settlement, is contrary to insurance principles and legislation. Consider, also, the interests of the other owners who will be greatly prejudiced if this is allowed.

What about the body corporate?

There are two main reasons why an owner cannot prefer a cash settlement instead of the restoration of his or her section:

1. The policy of insurance is in the name of the body corporate; should the insurers decide on a cash settlement, such a settlement will be made to the body corporate who will have the right to deal with the matter in the best interests of all owners.

2. Legislation prescribes that an owner can only decide on matters inside his or her section.  The body corporate owns the outer half of the outer walls of the section, also possibly a balcony attached to the section, depending on the participation quotas. Legislation states that an owner is responsible for the upkeep of the inside of his or her section.

3. Legislation is also clear that the body corporate is required to re-instate damaged sections or common property.  Therefore, to argue that an owner has a right to decide on the settlement of a claim when his or her section is destroyed is not justifiable.