Damp problem: Am I covered? 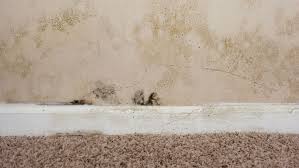 The short answer is: “damp” is ordinarily not covered by sectional title insurance policies.

By definition, damp means “slightly wet, usually causing unpleasantness” but this refers to structural damp.  Structural damp is the gradual penetration of water through the porous areas of walls, cavities, bricks or other material making up the building structure.

Damp manifests itself through signs of odour (dank smell), swelling of wood, decaying chipboard, bubbling paint or mould. An insured event implies that the damage was of a sudden and unforeseen nature and damp implies that it occurred over a period of time, was caused by a defect in design or by defective works at the time of building. Damp is also usually associated with defective waterproofing, defective damp-proofing; slow leaking or corroding plumbing, or simple defecting sealing.

As a result, if one submitted a claim stating that the cause of loss was “damp”, you can expect the insurer to reject the claim on the grounds that the loss occurred over time or that the loss was a result of wear and tear or defective waterproofing rather than storm, flood or bursting as is expected.

From experience, the only time we feel that a “damp” claim is justified, is when there was a sudden event such as a leak in the roof or storm damage. If it is found that water has, as a direct result of that storm or event, filtered its way through material and caused damp, it may be possible to motivate the additional damage repair costs to be added to the claim.

It all comes down to providing the correct information and supporting documentation when submitting a claim.  If the scenario described in the previous paragraph presents itself, it is important to support the claim with a report from the contractor. The report can be simple and even included in the quote, for example “Repair of damp arising from penetration of water through concrete slabs and bricks following storm damage to the roof and ceilings on 15 June 2016”.

How to deal with damp claims after an event.