How To Deal With a Community Scheme Liability Claim 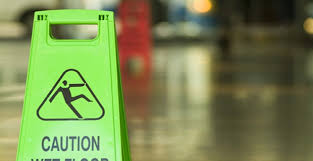 When a person suffers a loss by way of damage to property, injury or loss, or loss of life through perceived or alleged negligence on the part of the community scheme, a claim is often made against the Body Corporate (BC) or Home Owners Association (HOA) for the loss incurred.

Liability insurance cover forms part of the general insurance system of risk financing to protect the insured (the BC or HOA) from liability imposed by legal action and similar claims. It protects the insured in the event that they are sued for claims that come within the coverage of the insurance policy.

Prescribed management rules under sectional title rules and regulations and most HOA constitutions or Memoranda of Incorporation (MOI) set out the liability cover requirements of the community scheme.

Without going too much into the insurer’s duties and rights basically, when a claim is made, the insurer has the duty and right to defend the insured and/or settle up to the claimed amount or indemnity limit (amount of cover). There are sometimes other actions for the insurer to follow but in principle, the insurer’s position is to step in and take the place of the insured with a view to taking the most appropriate course of action to protect and/or indemnify the insured.

This is where there is often a misconception.

Very often trustees, owners and complainants think that the BC or HOA will simply have their insurer settle the claimant’s loss as if the damage or loss was a normal building damages claim. This is not so.

It is a legal matter rather than a straightforward insurance claim and the trustees need to take care not to admit liability or lead the claimant to believe that the loss will be covered by the HOA/BC policy of insurance.

In a nutshell, the insurer protects its client (in this case the community scheme), not the other party or complainant.

We always suggest to trustees or estate managers or portfolio managers that whenever such an incident occurs, the insurance advisor or broker handling the claims should be advised immediately in writing with a summary of the event. As soon as the aggrieved party demands compensation or demands action on the part of the BC or HOA, they should advise the complainant to put their demands in writing together with the amount of the loss, justification of the cost, reasons for holding the defendant (BC or HOA) liable and address such demand in writing to the board of trustees. No further discussion or correspondence should be entered into between the insured and the complainant. NEVER hand the complainant a claim form. ONLY the body corporate and delegated management should intimate any claim and complete any claim documentation.

Once such letter of demand is received, albeit an email, letter or formal letter of demand or summons from the complainant’s attorney, it should be forwarded without any delay to the insurer so an appropriate and immediate response can be effected.

Any further correspondence received by the BC or HOA from the claimant should be immediately re-directed to the insurer without responding to the claimant.

As advisors, we usually advise the complainant upfront to at least advise his or her own insurer of the loss so that he or she can recover their loss from their own insurer, as they should have done in the first place. This step, carefully and diplomatically dealt with by an experienced and qualified advisor can often prevent unnecessary delays, as well as additional administration and legal costs. Most insurers prefer the advisor to steer well clear of any engagement with the complainant as the legal matter is between complainant (aggrieved party) and the insurer (for the BC or HOA and with cooperation and assistance of the BC or HOA).