The Definitions of Insured Values – Part 2 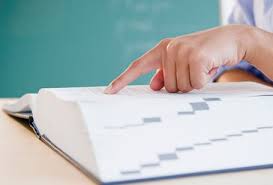 Insurance is a contract between the insurer and the insured, and as such it is subject to numerous terms and conditions as contained in the policy wording. Beyond this contract there are a number of accepted principles and practices that determine how the insurer should respond to the insured and vice versa.

In Part 1, we looked at the definition of Sum Insured and Replacement Value. In part 2, we will unpack the average clause and the capital additions extension.

An insurer is contracted to provide indemnity against the risk of loss or damage occurring. Sums insured are one of the most important factors in determining premium necessary to underwrite the relevant insurance risk in a sustainable manor. As such, if an insurance value is incorrect the calculation of premium required in relation to risk being covered may be incorrect. It is with this in mind that the insurers include other policy conditions such as average and capital additions.

Some people requiring insurance may provide inadequate sums insured unintentionally (due to ignorance of property value) or intentionally (as a way of reducing their premiums). The average clause is included in order to protect the insurer against such incidents and practices which cause an imbalance in the finances of the insurance policy. Premium is calculated against sum insured and without the correct premium being raised, it is highly unlikely that the insurer will be able to underwrite in a sustainable manner.