Sectional title insurance and the value of regular valuations 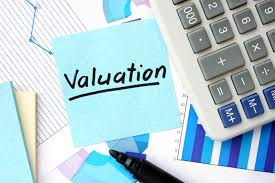 Since 2016, Prescribed Management Rules require a building valuation to be done at least every three years.  In addition, these rules also require that such valuations be tabled at the Annual General Meeting.

Our interpretation of these rules is that a copy of the actual valuation should always be within reach at the AGM. Once the Schedule of Replacement Values – as prepared by the body corporate – is presented for approval by the owners present, reference can be made to it.

For example, the chairperson may state that a valuation was carried out in May 2017 – in this case, just ahead of last year’s AGM – and last year’s Schedule of Replacement Values (SRV) reflected the same figures. He may go on to state that the trustees have taken a view on the present building inflation rates; therefore, they decided to increase the values by 5% for the time being. In summary, the SRV presented is based on last year’s valuation plus 5%.

Insurers typically increase the sums insured by 10% per annum, unless instructed otherwise. In other words, if the trustees do not take a view as illustrated above, the insurance sums are usually automatically increased by 10% on policy renewal.

For example, we can use 2013 as a base: Let’s say that that the buildings were correctly insured for R40 million at that date and bear in mind that we are largely guided by BER annual figures (Bureau of Economic Research, Stellenbosch) to which we subscribe.

So, if the base of R40 million is increased from 2013, we arrive at the following amount that reflects the ACTUAL increases after five years (as opposed to the default 10% increase per year).

BER figures are forecast for about a year, so you can only use the actual figures after about a year as the actual data is collected and collated. Figures are released on a quarterly basis and can be adjusted after release. This is by no means a perfect science and will vary for a variety of reasons as it’s influenced by a number of factors such as from area or region, the type of construction, location, economic climate, etc.

Using the same starting point at 2013 – R40 million – with no valuation undertaken and the sums automatically increased by 10% annually by the insurer:

In this example, the community scheme could be wasting as much as R10,000 per annum in unnecessary premium due to being over-insured, whereas a valuation only costs R2,500 every three years.

Thus, the more recent changes that compels bodies corporate to do valuations at least every three years is a very good thing.

Can you fix it?

When rectifying this, remember that owners approved a certain set of replacement values at the last AGM. This means that neither the trustees not the managing agent are authorised to suddenly reduce these values until all owners approve such an action. We strongly advise that valuations are done ahead of AGMs as opposed to after the AGM.

More about valuations and the schedule of replacement values can be found in the latest Sectional Title Insurance Guide.