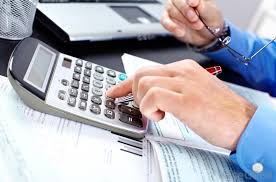 It is the trustees’ responsibility to determine the replacement value of the buildings and to ensure that the schedule of replacement values is done on an annual basis. Sectional title legislation, regulations and prescribed rules make this very clear.

New regulations rules will make a professional valuation of the buildings compulsory; this needs to be undertaken at least every three years.

How should trustees be dealing with this, especially ahead of policy renewal and during the years in between valuations?

First step is to ascertain when a valuation was last undertaken.  If a valuation has not been done for three years or more, it is time to engage a valuer.

Details on how often and how to engage with a valuer was dealt with in more detail in a recent Addsure blog article.

In this article, we focus on the annual renewal and increases in replacement value.

If the valuation has recently been undertaken, the figures are used. The policy will have a “sum insured” which should reflect the replacement value as shown in the valuation.

The valuation should reflect as per this example below:

This means that the valuer states that as at present, replacement cost is R40,000,000 but if the buildings were destroyed in six months’ time (half way through the year of insurance), half of R4,000,000 (an extra R2,000,000) can be added to the sum insured to account for building inflation for that period.

The third figure (R4,400,000) starts to run from the date of loss until reconstruction is completed, i.e. inflation accounted for during the period it takes to complete the reinstatement.

The policy schedule should reflect the same figures plus any additional sums that the owners or banks seeks in respect of their own estimations or needs.

Insurers (insurance company) will automatically increase the sums insured under advice to the insured (the community scheme), usually by 10%-15%, depending on recent market trends or inflation costs.

Addsure is guided by BER building inflation rates. The Bureau of Economic Research at Stellenbosch University is the recognized authority on a wide range of economic indicators based on research and collection of data. Addsure subscribes to this information and accordingly will assist trustee clients where valuers or QS information is not at hand.

Trustees are not obliged to accept the automatic increase invited by the insurer but should consider it under advice from their insurance advisors. In this regard, Addsure has a very specific letter of advice format including the relevant information to assist in this process.

The buildings are presently insured per last year’s valuation at R40,000,000.

However, data indicates building cost inflation was 3.8% last year with the outlook so far at similar rates going forward.

The trustees used the information from last year’s professional valuation plus a conservative increase based on official inflation data and professional insurance advice to support their decision.

This trustees’ decision should be recorded in the minutes as a trustee’s resolution, e.g. “The trustees resolved that based on current available BER Inflation figures for the past year (2015 = 3.8%), that the sums insured should be increased by 5% rather than 10% as invited by the insurer”

“It was further resolved to follow Addsure’s advice and renew the policy with XYZ Insurance Co per the attached letter of advice dated 5 May 2016 for a sum insured of R42,000,000”

Under new regulations, important decisions made by trustees during the year will need to be reported. There can be no doubt that this will be one of those important decisions. Proper record keeping as above will make reporting at future AGMs that much easier.

The time has come to take replacement cost valuations more seriously and to follow a careful process under advice from professionals.