How to deal with illegal structures 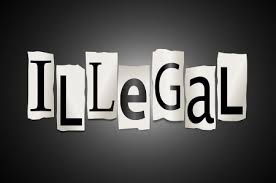 Illegal structures erected by owners in a sectional title complex are a phenomenon which seems to be ever present. Let’s consider the following example.

The owner of a section enclosed his balcony, adding a living room without the approval of the trustees and no plans were submitted in terms of the National Building Regulations, making this an illegal extension. The trustees became aware of this and approached the owner. The subsequent discussions became a huge dispute between the owner and the trustees. During a storm the section, together with the extended balcony, were damaged and the owner, unbeknown to the trustees, submitted a claim to the insurance broker in terms of the insurance policy of the body corporate. The insurers paid the claim.

The trustees only became aware of the claim when they were requested to authorise the payment to the owner’s contractor and in view of the ongoing dispute, refused to do so. In fact, the trustees were of the opinion that the insurance broker was to be blamed.

Every insurance contract contains a clause which requires all property to comply with the National Buildings Regulations. The insurers were not informed of the illegal extension and in terms of the non-disclosure clause, as well as the Breach of Conditions clause on the policy, the insurers were entitled to repudiate the claim for the extension part of the claim.

2. Can the insurers insist on the settlement being refunded back to them?

In terms any one or all of the above-mentioned clauses, the insurer is entitled to reclaim any settlement made in respect of the extended part of the section.

3. Was the broker irresponsible in any way?

In this case the broker was not aware of the illegal structure, neither was the broker informed by either the trustees or the managing agents.

4. Should the insurers claim a refund of a settlement for the illegal structure and who should pick up the tab for costs of repairs?

From an insurance point of view and the facts as above, this will be a matter between the body corporate (the trustees) and the owner, with the owner having to bear most of the responsibility. What is very important to note is the breach in terms of Prescribed Management Rule (PMR) 27 of the Sectional Title Act which states the following:

“No document signed on behalf of this body corporate shall be valid and binding unless it is signed by a trustee and the managing agent …..or by two trustees… (shortened)”

In this particular case, this rule was not adhered to and one can argue that the insurers dealt with illegal documents. The example above again stresses the importance of Rule 27 and this is also one of the main reasons why an insurance broker should not accept claim forms or any other documents relevant to a claim, directly from an owner. This should be the duty of the managing agent (where relevant) or the approve agent acting on behalf of the body corporate.