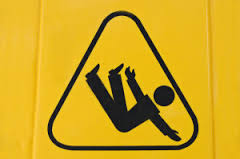 Trustees and managing agents need to be acutely aware of prescription and the importance of reporting incidents occurring on common property to the insurer.

Prescription period can be defined as the time limit legally allocated in the making and ending of certain rights, i.e. the time limit after which an action or debt is no longer valid or enforceable.

In the context of a property owner’s liability, a claimant will only have a limited time (normally three years) in which to commence legal proceedings to recover loss from the wrongdoer, usually from the community scheme.

It could be longer that three years, such as in circumstances where the plaintiff is only aware sometime after the event that they have been wronged.

All too often we hear of an injury occurring on common property and nothing is reported. For example, someone falls down a flight of stairs where there is inadequate lighting, no handrail and loose tiles. The person is taken away in an ambulance with serious injuries. Nothing further is heard about the incident until a year later when a summons arrives.

The injured party may have been in a coma or only sought legal advice after recovering from the trauma and realizing their financial predicament. Perhaps the injuries are such that the plaintiff is no longer able to carry out their usual occupation and will be short of income.

The claimant will have three years from becoming aware that they have been wronged to claim. This means that you also will not be able to just close the file after exactly three years.

It is important that the trustees immediately advise the insurer of any incident or occurrence on the common property which could result in such a claim. Very often, speedy action on the part of the insurer could mitigate such a claim or reduce the liability.

Early advice will better position the insurer to investigate the circumstances while all evidence is available and strengthen their case in the event of needing to defend the scheme against legal action or, under certain circumstances, reach an early settlement.

We call this claim intimation, i.e. the action of making the insurer aware of the incident. We suggest completing a claim form (only the trustees or managing agent – never the claimant) and marking the form boldly CLAIM INTIMATION. This way, the insurer is made aware of the claim not necessarily registering a formal claim until summons or further demand is received.

Failing to advise the insurer will likely cause the insurer to reject the claim and not protect the defendant (the body corporate). As a result of delayed reporting or intimation, the insurer can be accused of being prejudiced as they could have deflected some or all liability if they were aware of this event earlier.  Most insurers make it a condition of indemnity that they are advised immediately of any incident or occurrence which may result in a claim being made against the scheme.

A sample of a Claim Intimation

Read one of our previous blogs: How to deal with a community scheme liability claims