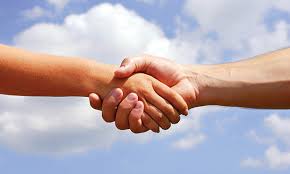 There are three main ombud services in South Africa that can get involved with disputes involving insurance and losses – the Community Schemes Ombud Service (CSOS), the Ombud for Financial Services Providers (FAIS Ombud) and the Ombud for Short Term Insurance (OSTI).

In this blog, we briefly explain their roles and differences.

The CSOS is classified as a Schedule 3A public entity in terms of the Public Finance Management Act and its executive authority is vested in the Minister of Human Settlements.

In terms of section 38 of the CSOS Act, any person in a community scheme may make an application to the CSOS if such a person is a party to or is materially affected by a dispute, for mediation and adjudication.

The CSOS provides an Alternative Dispute Resolution service. This entails the resolution of disputes outside of the courts. This method is often preferred as the quickest and most cost-effective way of settling disputes through methods such as conciliation and adjudication.

Conciliation refers to the process where the parties use the services of an independent conciliator to be appointed by the Ombud to assist parties to arrive at a mutually agreeable solution.

Adjudication refers to the process where an independent adjudicator – appointed by the Ombud or selected by both parties from the list provided by the Ombud – determines how the dispute needs to be resolved and makes a binding decision or order.

An application can be made to the CSOS in respect of the following:

More about the Community Schemes Ombud Services can be found on their website.

The FAIS Ombud’s role is to resolve disputes between financial services providers and their clients.

The Office of the Ombud for Financial Services Providers (FAIS Ombud) was established by the Financial Advisory and Intermediary Services Act, No 37 of 2002 (FAIS Act).

The services of the FAIS Ombud are different to those of a professional legal adviser and are confined to the mediation, conciliation or determination of complaints in terms of the FAIS Act and the Rules.  More can be found on the FAIS Ombud Website

Trustees need to be aware of the fact that an intermediary advisor (insurance broker) is very much subject to the FAIS Code of Conduct in much the same way as the sectional title rules and regulations apply to owners in schemes.

Where a community scheme is prejudiced or suffers a loss as a direct result of non-compliance of this code of conduct, a complaint can be made against the financial services provider in this regard.

Much emphasis is placed on the provision of fit and proper advice as well as providing clients with a record of the dispensed advice.  The record of advice should meet certain criteria that we have discussed at length in previous articles on this website. Where owners’ or common area claims are rejected – and it can be shown that it was a result of poor or inadequate advice on the part of the advisor – a complaint process can be pursued which can result in seeking relief via a determination by the FAIS Ombud.

The Ombud for Short-Term Insurance (OSTI)

The Office of the Ombudsman for Short-Term Insurance provides consumers with a free, efficient and fair dispute resolution mechanism. It offers consumers a no risk mechanism to resolve disputes with insurers. Through their community schemes, owners can complain to OSTI where their dissatisfaction with claim outcomes cannot be resolved. In short, OSTI is the main port for rejected claim complaints as most are related to the insured’s dissatisfaction with the insurers decision. More can be found on the OSTI website.

For example, an owner’s claim is rejected in the case of water damage due to a burst pipe:

Where the dispute lies with the insurer – and the body corporate agrees with the owner that the insurer should pay a claim – a complaint, signed by the trustees, can be submitted to OSTI.

Where the disputed claim was correctly rejected by the insurer but it can be shown that the insured would have been covered if he received correct advice regarding product selection, i.e. his loss was due to poor advice by the broker and not resolved, the insured may complain to the FAIS Ombud for a determination.

Where an owner has a rejected claim but the trustees agree with the insurer’s rejection and the owner wishes to take it further, his unresolved complaint would lie with CSOS, as his dispute is now between himself and the trustees of the body corporate.