What does the insurance definition ‘Act of God’ mean? 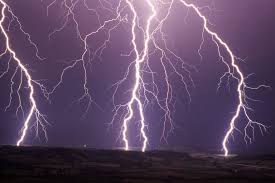 Insurance is a contract between the insurer and the insured, and as such it is subject to numerous terms and conditions as contained in the policy wording. Beyond this contract there are a number of accepted principles and practices that determine how the insurer should respond to the insured and vice versa. In this blog, we take a look at some of these principles and how they are defined within the insurance industry.

In terms of the definition above, an Act of God would fall under such insurance perils as storm, wind, flood, hail or snow, lightning, fire, earthquake, meteorite, or similar type of occurrence. In the majority of instances loss or damage caused as a result of such an incident would be covered by most insurance policies unless there are exclusions or endorsements applicable to the policy, whether by policy design or as a result of a specific endorsement of the particular policy in question.

There are certain instances when loss or damage caused as a result of an Act of God may not be covered.

Herewith, an example: In a recent incident, a number of corrugated iron roofing sheets were blown off of a building by gale force winds (‘Act of God’). Some of the sheets subsequently caused damage to motor vehicles in a neighbouring property. Further to this, one of the vehicles is currently uninsured and as such, the vehicle owner is demanding compensation from the body corporate.