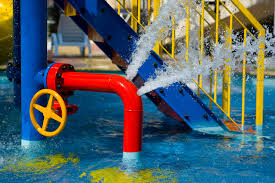 This is defined as a loss that occurs as a direct result of an act caused by an insured peril. In sectional title insurance, the most common example would be where a geyser becomes faulty (bursts) and water is released, causing damage to ceilings, carpets, floors, etc. The bursting of the geyser would be the act and all the other damage would be the resultant damage, directly relevant to the act.

The same can be said for the bursting of a pipe, storm damage to a roof, lightning damage, power surge damage; all of which are insured perils which can cause direct resultant damage such as water damage to other property.

This is a loss that is not a direct result of an act but a consequence of the act. A consequential loss is therefore considered to be an indirect loss. There are numerous examples of such losses, e.g. when a business is stopped due to the intervention of an insured peril such as fire, indirect losses can be the loss of income or profits, cost of hiring alternative business space, factory equipment, electronic equipment, etc. to continue the business, thus minimising the loss.  Sectional title insurance excludes consequential loss but specifically provides for only one type of consequential loss, that of loss of rent or cost of alternative accommodation.

An example will be where a section becomes un-tenantable due to an insured peril, such as fire, and the owner has to (a) hire alternative accommodation until his or her unit becomes tenant-able again, or (b) the owner’s tenant has to re-locate and refuses to pay the owner’s rent.  This loss of rent or alternative accommodation is based on the reasonable rate for a similar unit in the area and limited to the unit’s sum insured.