What recourse do you have when your claim is rejected? 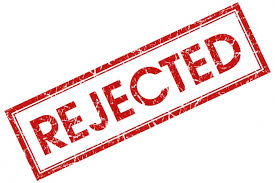 In a previous blog, we dealt with claim rejections in some detail. We stated:

Where the body corporate agrees with the rejection and the owner disagrees, the trustee’s decision will stand as they are mandated to represent and attend to the claims for the insured. If an owner disagrees and is in dispute with the trustees over the claim rejection, the dispute lies between the body corporate and the owner. The insurer is not party to the dispute in this scenario.

However, we would add that the trustees could give the owner an opportunity to complain if they feel strongly about the claim rejection. Dealing with the matter properly can ease tensions between such owner and the trustees:

Bear in mind that any court of law will reject a claim if the application does not include these signatures (per PMR 10) as both the claim form and the complaint form will be deemed invalid. In the case of sectional title, the owner is the witness rather than the insured.

A good insurance advisor must be trusted enough to consult in such circumstances. This is one of the main reasons we feel strongly that an insurance intermediary should be independent, i.e. not tied to any particular insurer nor have claim settling authority (and incentivised in claim matters). An insurance advisor can weigh in on any unfair claim settlement and negotiate a fair and reasonable outcome.

Addsure provides clients with guidance and assistance with claim rejections; sometimes only to reassure owners that decisions were fair or where there is merit, to guide owners and bodies corporate in taking the correct steps when dealing with the Ombudsman.