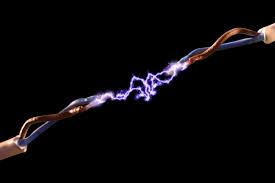 With load shedding upon us again, incidents of power surge become more prevalent.

Power surges are generally considered to be the most destructive of the four types of electrical power disturbances. Power surges are spikes in voltage. They are very brief, usually lasting millionths of a second. Power surges can vary in duration and magnitude, from a few hundred volts to several thousand volts.

Most policies include a public supply connections extension which covers certain damages caused to electricity and telecommunications connections to the property of the body corporate.  Power surge damage to these connections would ordinarily be covered. Parts of the building or assets on all risk cover would usually be covered against power surge.

These days, both perils based policies and all risk policies are available. The sectional title perils based products are usually extended to include limited power surge cover and some all-risk policies limit the extent of power surge cover. In other words, most sectional title polices, by design, do have limited cover one way or another. Increased power surge cover is available, therefore it is suggested that trustees who are aware of the higher risks around their properties in this regard, advise their brokers in order for this cover to be considered.

We draw attention to a previous blog where we alluded to Loadshedding, community living and risk during outages.

Body Corporate trustees and owners should take additional reasonable steps to prevent loss or damage to the insured property caused by power surge.